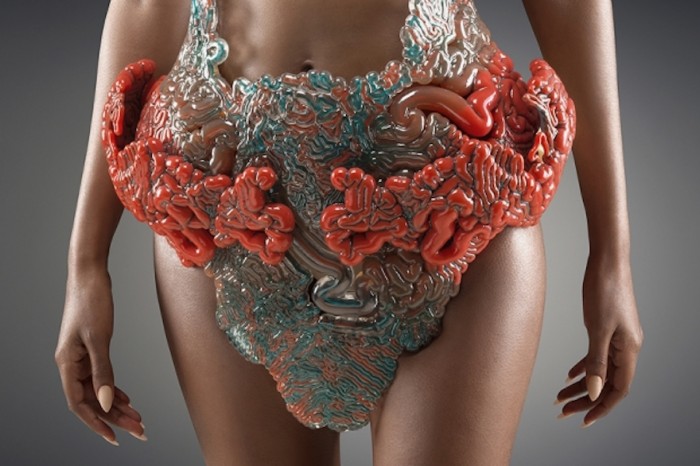 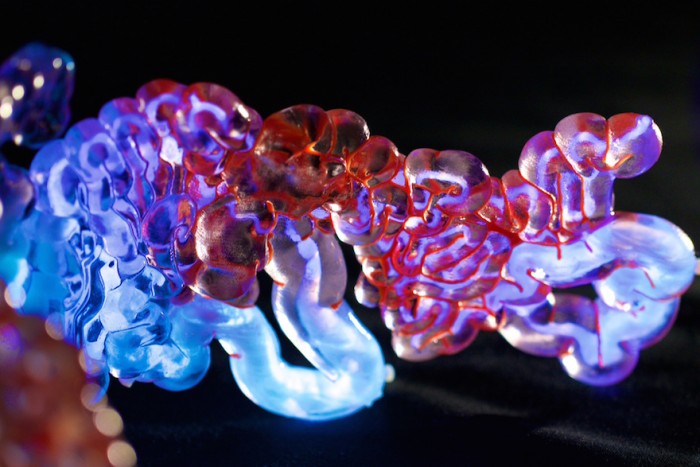 The 3D-printed skin design allows liquid, which houses light-generating photosynthetic organisms, to flow throughout the structure of the garment. Organisms can then grow within the skin and somehow pass the energy from the light to the wearer.

Mushtari is designed as a single ribbon that follows the shape and form of the human gastrointestinal tract. It's mechanisms mirrors the Peristaltic waves that occur in the stomach and intestines. 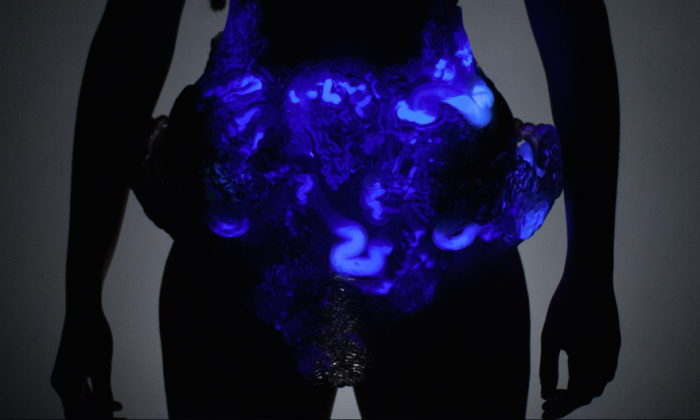 The wearable structures in the collection were designed to enable false biological process that could potentially enable humans to travel to and exist on other planets by generating consumable energy when exposed to the sun.

So how would this help on another planet? The Mediated Matter group explains:

“The cyanobacteria convert sunlight to sucrose, and E. coli convert sucrose to useful products such as pigments, drugs, food, fuel, and scents. This form of symbiosis, known as co-culture, is a phenomenon commonly found in nature.” 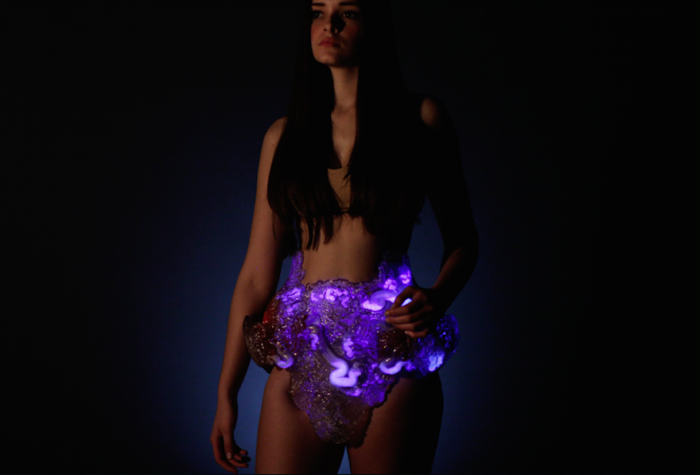 The creation forms part of a series by Oxman called “Wanderers”, which closely links art and science.

“Wanderers explores the possibility of voyaging to the worlds beyond by visiting the worlds within. 3D printed wearable capillaries designed for interplanetary pilgrims are infused with synthetically engineered microorganisms to make the hostile habitable and the deadly alive.” says Oxman.